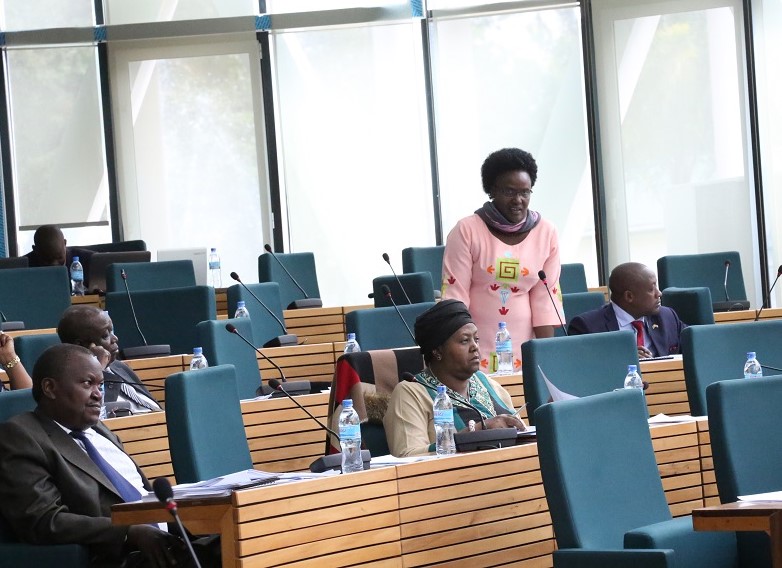 The Supplementary budget is (to be utilized) for the repair and maintenance of the EAC headquarters in Arusha and to facilitate negotiations with development partners during the financial year ending 30th June 2019.

Out of the said amount, USD 305,000 will support the maintenance of the bloc’s headquarters while the balance (USD 85,000) is to support the negotiations for development partners.With it, the Assembly also passed the EAC Supplementary Appropriation (No 2) Bill, 2019. The passage of the EAC Supplementary Bill was preceded by a report presented to the House by Chairperson of the General Purpose Committee, Hon Abdikadir Aden. The House then dissolved itself in to a Committee to consider the ‘nuts and bolts’ of the Bill before its eventual passage.

In accordance with the provisions of Article 132 of the Treaty for the Establishment of the East African Community and Rules 66 and 75 of the Rules of Procedure of the Assembly, the Chairperson, Council of Ministers presented to the House and read for the first time the EAC Supplementary Appropriations Bill (2), 2019 on the 20th day of June, 2019.  In the same vein, the Chairperson Council of Ministers laid on table the Financial Statement for the Supplementary Budget for the FY 2018/2019.

According to Hon Aden, at its sitting held on 8th June 2018, in Nairobi, Kenya, the Assembly passed a total budget of USD 99,770,716 for the East African Community for the FY 2018/2019. In addition to this, during the 4th Meeting of the 2nd Session of the 4th Assembly held from 16th February – 8th March 2019, in Zanzibar, United Republic of Tanzania, the Assembly approved a Supplementary budget amounting to USD 12,679,598.

The Chairperson further informed the House that during the consideration and approval of the budget, most Organs and Institutions of the EAC remained with a number of unfunded priorities due to budgetary constraints. “Over the course of the financial year, the unfunded priorities continued to affect the effective functioning of these Organs and Institutions”, the Chair added.

The Committee was informed that in FY 2018/2019, the People’s Republic of China granted the EAC USD 200,000 under the framework agreement on technical cooperation between the EAC and government of Peoples’ Republic of China. USD 115,000 of the grant provided was allocated to transport and works to engage development partners to support implementation of Heads of State infrastructure projects among others.

The Council therefore sought for approval of USD 85,000, part of the unallocated balance of the Chinese Government grant to convene the Joint Technical Experts Meeting of Energy, Finance and EAC Affairs to agree on the Roadmap for the next ten years.

Hon Isabelle Ndahayo represented the Council of Ministers during the debate.Meanwhile, the debate on the substantive budget amounting to USD $111,450,529 for the Financial Year 2019/2020 will continue this afternoon.

The EAC Budget is themed: “Transforming lives through Industrialization and Job Creation for shared prosperity.  According to the Chair of Council of Ministers, the priority interventions for FY 2019/2020, will focus on the consolidation of the Single Customs Territory and promotion of intra and extra EAC trade and export competitiveness, development of regional infrastructure, effective implementation of the Common Market Protocol and the enhancement of regional industrial development.

The East African Legislative Assembly has legislative functions as well as oversight of all East African Community matters.  The enactment of legislation of the Community is put in effect by means of Bills passed by the Assembly and assented to by the Heads of State, and every Bill that has been duly passed and assented to become an Act of the Community and takes precedent over similar legislations in the Partner States.  EALA has to date passed 79 pieces of legislation.