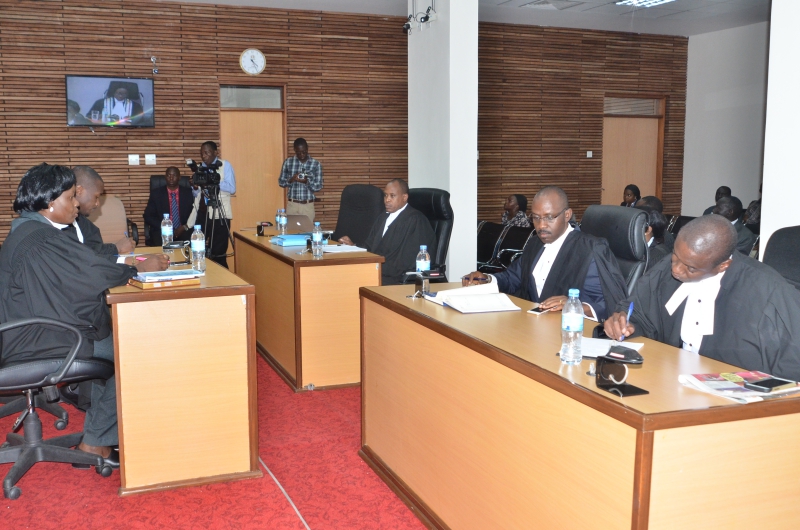 Court decides on Hon. Zziwa’s Case over Her Impeachment from EALA Speakership

The First Instance Division on Friday last week delivered a judgement in the case filed by Hon. Margaret Nantongo Zziwa versus the Secretary General of the East African Community.

The Court in its judgement declined to grant the orders to reinstate Hon. Margaret Nantongo Zziwa to the position of the Speaker of the East African Legislative Assembly (EALA).

The Court said that, its mandate is to interpret and apply the Treaty as it is stated under Article 23 and 27 of the Treaty for the establishment of the EAC within the Principles set out in Articles 6, 7 and 8 of the Treaty. Further that one of the principles in Article 6 (d) which is that of democracy and rule of law, which necessarily include the principle of separation of powers and therefore it cannot be seen directing EALA on how it should conduct its business hence it was unable to grant the order.

Also the Court declined to grant orders on special and general damages to the Applicant, it found out that the Applicant have contravened Rule 9(6) of the Assembly’s Rules of Procedure, which action might have triggered other actions, some patently unlawful. Still that she (Hon. Zziwa) cannot then be seen to benefit from her role in the procedural impasse that dogged the Assembly. Rule 9(6) states that; “The Speaker in respect of whom proceedings for removal have commenced shall not preside over the proceeding”

The Court added that given the interpretative jurisdiction of the Court as depicted in Article 23 and 27 of the Treaty. That it found no legal provision in this Court’s Rules of Procedure for the award of damages as a remedy. The Applicant had asked Court an award of special damages in form of loss of earnings of a salary of USD 6,700 per month and housing allowance of USD 3,000 per month, plus other allowances and financial benefits.

The Court further declined to grant an award of costs in the matter, that the Applicant’s flout of Rule 9(6) of the Assembly by presiding a matter in her own cause and that her conduct as the steward of the Assembly, could have triggered the unfortunate series of the events of her removal. Court ordered each party to bear its own costs.

In addition to the above, the Court also found that the Committee on Legal Rules and Privileges, in allowing Members of the Assembly who initiated the motion for removal of the Applicant to sit and determine whether she should in fact be removed, violated the basic rules of natural Justice that an accuser cannot also be the judge in proceedings against the accused. Further that any real or perceived bias on the part of the Committee invalidated its proceedings. The Court added that having made the findings regarding the composition of the Committee and its proceedings, it follows that its report, whatever the merit thereof, was rendered invalid.

The East African Court of Justice (EACJ or ‘the Court’), is one of the organs of the East African Community established under Article 9 of the Treaty for the Establishment of the East African Community. Established in November 2001, the Court’s major responsibility is to ensure the adherence to law in the interpretation and application of and compliance with the EAC Treaty. Arusha is the temporary seat of the Court until the Summit determines its permanent seat. The Court’s sub-registries are located in the respective National Courts in the Partner States.