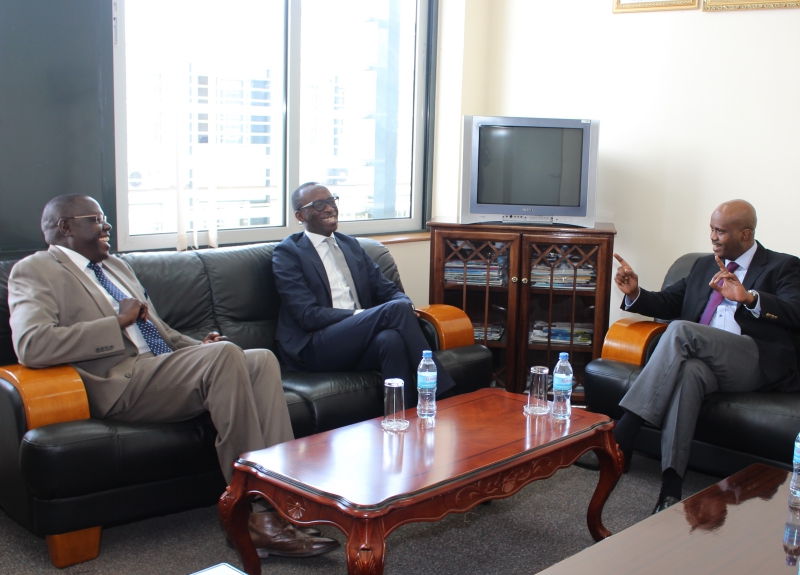 The Secretary General briefed His Worship Olufemi Elias on the current achievements in the pillars of the regional integration and development process. He disclosed to the Registrar that the Community had expanded tremendously within a short spell of time which has necessitated a review of its institutional set-up and work on a sustainable financing mechanism.

In addition, his Worship said that, the Mechanism is responsible for the preservation, including the management and access, of the ICTR, the ICTY, and the Mechanism archives. These archives includes; investigations documents , indictments, and court proceedings, the protection of witnesses, work relating to the detention of accused persons, the enforcement of sentences, and the Tribunals’ relationships with other law enforcement authorities in member countries.

The Secretary General and his guest discussed several issues including how EALGA can strengthening their advocacy and commitment with EAC and other intergovernmental bodies by establishing structured dialogue platforms.