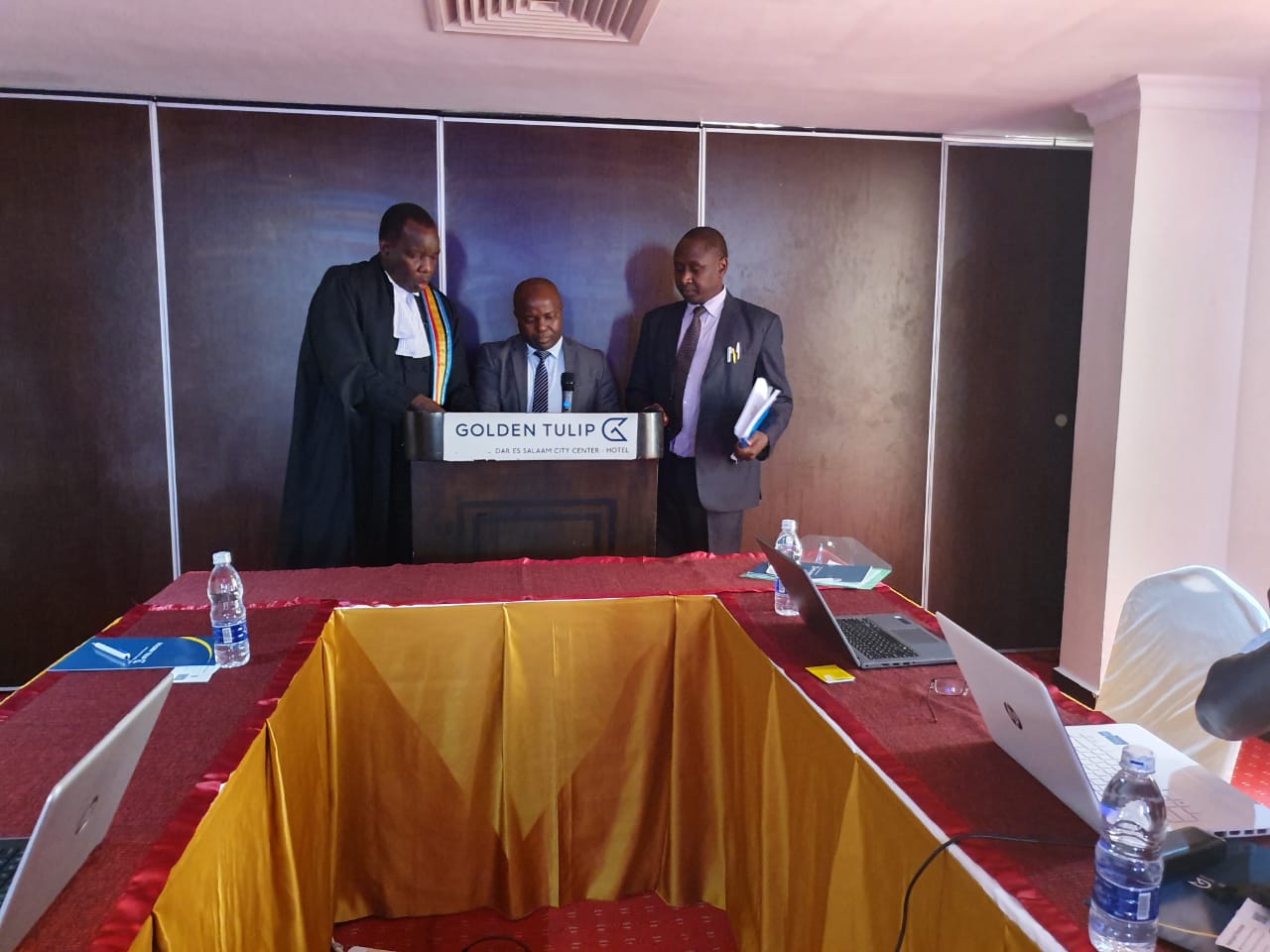 East African Community Headquarters, Arusha, 12th June, 2019: The 5th Meeting of the ad hoc EAC Competition Authority (EACA) concluded on Friday 7th June, 2019 in Dar es Salaam, Tanzania, with the swearing in of Dr. John K. Mduma, as a Commissioner of the EAC Competition Authority from the United Republic of Tanzania. The swearing in ceremony was conducted by the Counsel to the Community, Dr. Anthony Kafumbe, while the Oath of Allegiance and Oath of Secrecy was administered by the Registrar of the East African Court of Justice, Mr. Yufnalis N. Okubo.

Addressing the Commissioners on behalf of the Secretary General, Amb. Liberat Mfumukeko, the Counsel to the Community, Dr. Kafumbe commended the Commissioners for their commitment to the EAC competition agenda and noted that their work was very critical in regulating mergers and acquisitions, and handling issues of market dominance and protection of consumer welfare in the Community.

He recalled that section 42 of the Competition Act gives the Competition Authority power to among others, investigate and compel evidence, hold hearings and issue binding decisions. “Given such a broad mandate, the work of the Commissioners is in many respects confidential and sensitive. Accordingly, it requires a high degree of impartiality, independence and integrity”, asserted the Counsel to the Community.

He congratulated Dr. John K. Mduma on his appointment as a Commissioner by the 38th Extra-ordinary meeting of the Council held in January, 2019, and said that it was a requirement of the Community Law that before a Commissioner commences duties, he or she must take an Oath of Allegiance and Oath of Secrecy.

The Chairperson of the Commissioners, Dr. Didas M. Kayihura highlighted some of the milestones so far recorded that include, among others, preparing proposals to amend the EAC Competition Act; the preparation of the Authority’s first Strategic Plan 2019/2020 – 2023/2024; and the implementation of the some of the activities in the strategic plan.

The Chairperson further noted that EAC Competition law was intended to facilitate trade within the EAC region by regulating anti-competitive conduct by firms as a result of intensified regional integration.

He noted that the Authority’s mandate will be better executed where all Partner States have functional competition agencies.