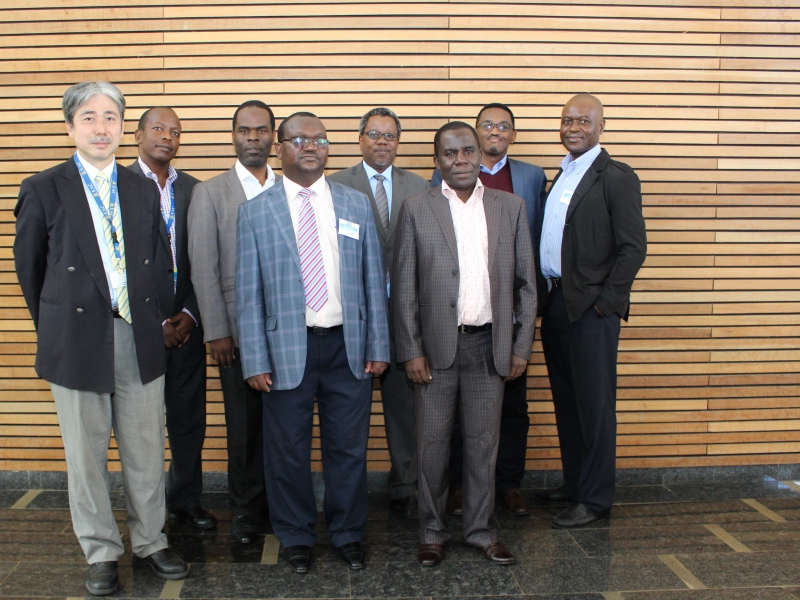 The two-day meeting chaired by the Director of Infrastructure at the EAC Secretariat, Dr Kamugisha Kazaura was attended by the representative from Common Market for Eastern and Southern Africa (COMESA), Southern African Development Community (SADC) and the host EAC.

Delivering his opening remarks on behalf of the Secretary General, Dr Kazaura, appreciated the support from the EU for funding the Tripartite Transport and Transit Facilitation Project (TTTFP) from the EDF 11 funding cycle for the next five years. The support will go a long way in facilitating harmonization of the transport standards, regulatory frameworks and specifications in the Eastern and Southern African Region.

The representative of SADC, Mr. Lovemore Bingandadi, thanked the EAC for convening the meeting and reiterated SADC’s commitment to work with COMESA and EAC to accelerate the implementation of the Tripartite Infrastructure programmes.

On his part, Mr. Bernard Dzawanda from COMESA, pledged to work with the other RECs in the implementation of the Tripartite Infrastructure programmes. He lauded the EAC for enacting regional legislation that made it easier for Partner States to implement regional policies and standards and called for replication of the practice across all Tripartite RECs.

Implementation of the programme is expected to commence in July 2017. It was noted that the lack of an integrated and liberalized road transport market in the East and Southern African (EA-SA) region poses numerous obstacles to trade by causing severe delays and increased transport costs, as well as challenges to road safety and durability. This programme (which builds on previous REC programs) addresses these challenges through the implementation of harmonized road transport policies, laws, regulations, systems and standards that affect drivers, loads, vehicles and road infrastructure in the countries of the EA-SA region.

All REC’s forming the Tripartite have prioritized the development of corridors to facilitate transit transport and expand trade within and between the respective regions.

In the Civil Aviation Sub Sector, the meeting noted that the Tripartite is currently playing the key role in the full implementation of the Yamoussoukro Decision and establishment of a single African Air Transport Market as adopted by the African Union Assembly in January 2015. The full liberalization in the Tripartite region will lead to the removal of all restrictions on access, price, frequency and capacity in intra-African Air Transport market, free exercise of the first five freedom rights and the reduction of Air Transport Cost.