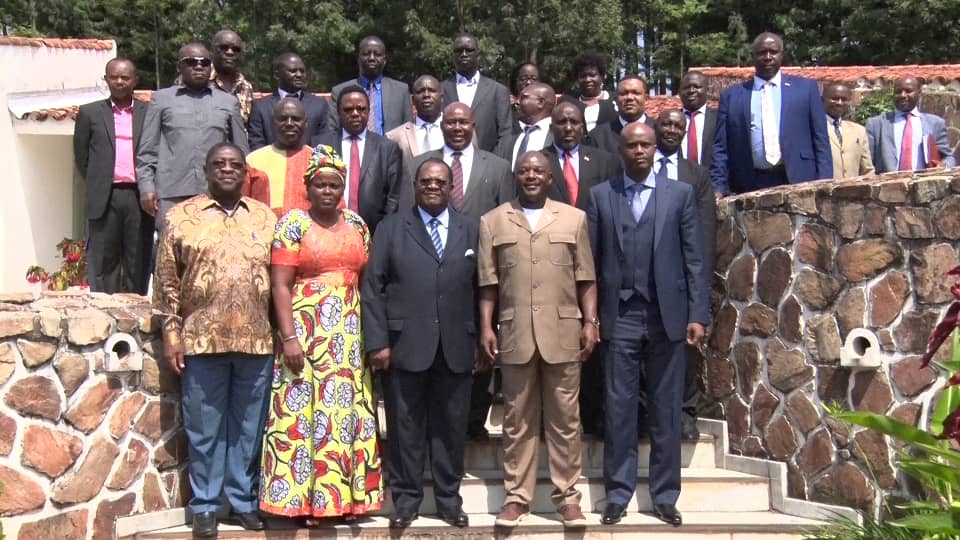 The objective of the Consultations, both public and private, which will be held in Ngozi, Gitega, Makamba and Bujumbura, is to obtain stakeholders’ views on their interests and other key issues that will better inform the drafting of a model Political Confederation and subsequently a Confederal Constitution in line with the principle of a people-centred Community.

The National Stakeholders’ Consultations are also expected to enhance awareness on the ongoing Constitution making process for transforming the EAC into a Political Confederation, as well as prepare the public in general to give their inputs into the draft Constitution once it is drafted.

At a press briefing held after the consultations with the Burundian Head of State, EAC Secretary General Amb. Liberat Mfumukeko said that the National Stakeholders’ Consultations would ensure participation of EAC citizens in the integration process and particularly the Political Federation pillar.

In 2017, the EAC Heads of States adopted the Political Confederation as a transitional model toward the East African Political Federation. The Confederation model was adopted as a changeover model as it is a less demanding political union and its membership is voluntary, while the membership of a federation is mandatory for all Partner States.

“A Political Federation is imperative in this global environment,” said Amb. Mfumukeko, adding that for a federation to survive, there must be an environment that enables people to participate in an accelerated economic development process.

The Secretary General said that a Political Federation was the best route for accelerating economic development for all, enabling the region to move away from a Least Developed Region to a Developed Region, in the shortest possible time.

Speaking at the event, the Chairperson of the Team of Constitutional Experts, Hon. Justice (retired) Dr. Benjamin Odoki, called upon the people to actively participate and inform the EAC Political Confederation Constitution making process.

“We call upon the people of Burundi to come out and express their views and concerns regarding this process,” said Hon. Justice Odoki.

Hon. Justice Odoki added that the team has established various channels for the public to submit their proposals or petitions.

“These include public hearings such as the those we shall hold in Ngozi, Gitega, Makamba and Bujumbura here in Burundi; online, such as the EAC website; as well as various social media platforms, such as Facebook and Twitter,” said Justice (Rtd) Odoki.

In February 2018, the Summit through the Council of Ministers constituted a team of 18 Constitutional Experts and Legislative Draftspersons to draft a Constitution for the Political Confederation. The team was tasked with developing a Draft Constitution for consideration by the Summit. At its 20th Ordinary Meeting held in Arusha, Tanzania

Burundi is the first Partner State to host the EAC Stakeholders’ Consultations on the drafting of the EAC Political Confederation Constitution.