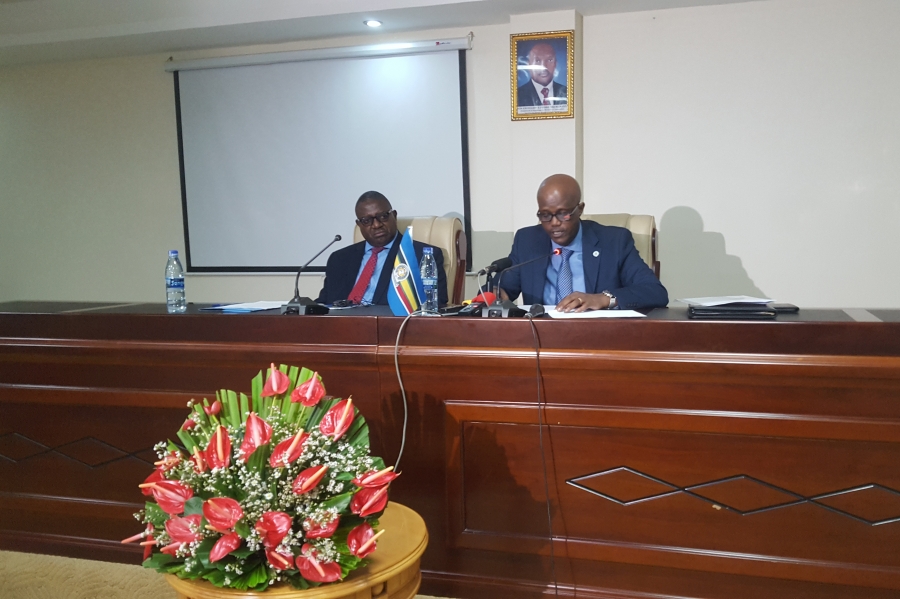 The broad objective of the meetings was to consult with stakeholders and prepare the ground for the deployment of the EAC Electoral Observer Mission ahead of the May 2020 General Election in Burundi.

Speaking at a press conference in Bujumbura, Amb. Mfumukeko said the consultations involved discussions on the ongoing preparations for peaceful and credible elections.

“We have emphasized the need to abide by the Constitution and the laws of the land,” said Amb. Mfumukeko. “We have also underscored the need for a level playing ground for all stakeholders,” he added.

Article 124 of the EAC Treaty affirms the need for peace and security within the Partner States. The article further spells out wide-ranging approaches for implementation in order to have a stable and secure environment within the region. The Treaty further mandates the Community to observe electoral processes within the context of the National Constitutions of the Partner States.

“EAC has always deployed Election Observer Missions to all its Partner States who have gone through elections over the years. This is in line with the principles of promoting democratic governance in EAC integration,” said the SG.

The EAC is in the final stages of preparations for the deployment of an EAC Election Observer Mission to Burundi. Among other things, the mission will consult with CENI and other key stakeholders on the environment within which the elections are being organized.

The EAC Election Observer Mission is expected to enhance public confidence in the electoral process by encouraging voters and political parties to participate in a free, fair, and competitive environment; free of intimidation and violence.

The Community has commended the progress made by the different stakeholders with respect to preparations for elections, and has established that there is an enabling environment for peaceful elections.

“As the EAC we pledge our support in ensuring credible, free, fair and peaceful elections,” said Amb. Mfumukeko.

The EAC delegation comprised of Amb. Mfumukeko, EAC Deputy Secretary General (in charge of Planning and Infrastructure), Eng. Steven Mlote, and Officers from the Political Federation, and Peace and Security Departments.

The Members of the Election Observer Missions are nominated by their respective Partner States as per the EAC prescribed standards. The composition includes representatives from the Partner States, the Electoral Management Bodies, East African Legislative Assembly (EALA), EAC Secretariat, EAC Ministries, National Human Rights Institutions, Civil Society Organisations and other relevant Institutions in the EAC region.