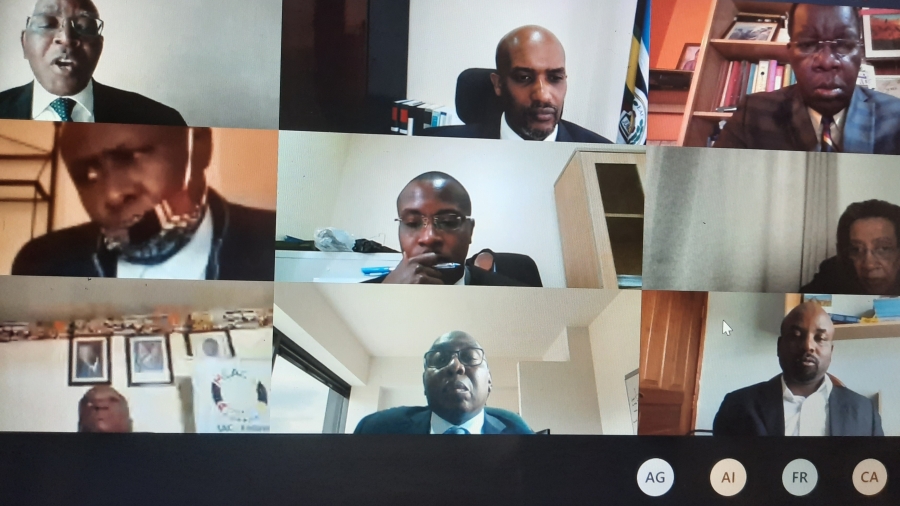 East African Court of Justice, 15 June 2020:  The Appellate Division concluded its inception online sessions which resumed mid-May. During the session nine (9) cases were handled including 1 Judgment & 2 Rulings delivered, 1 hearing and 1 arbitration matter. However, 3 cases had to be adjourned, 2 of which were involving the Attorney General of the Republic of Burundi due to the death of the H E President Pierre Nkurunziza.

In its majority judgment of 4 to 1 Judges, the Court dismissed an Appeal filed by the Government of Burundi challenging the decision of the First Instance Division on the election of the Speaker of the 4th East African Legislative Assembly (EALA). The Appeal was dismissed with costs awarded to the Respondent (Secretary General of East African Community (EAC) and the Intervener (Hon Fred Mukasa Mbidde). The dissenting judgement by the Vice President of the Court will be delivered at a later day.

The Court also dismissed 2 Applications filed by the Attorney General of the Republic of Tanzania seeking for extension of time to file an Appeal out of time, challenging the decisions of the First Instance judgment in favor of The Managing Editor Mseto Newspaper and the Media Council of Tanzania over the provisions of the Tanzania Media Service Act, 2016 infringing on the right to freedom of expression respectively. Court struck out the Notices of Appeal filed due to failure by the AG of Tanzania to establish sufficient reasons for not filing the Appeal within the 30 days as prescribed by the Court rules and awarded costs to the Applicants.

Further during the session, for the first time Court signed its Rulings and Judgment electronically. This is a milestone in the history of the Court which has improved the efficiency and effectiveness of the Court through digital innovations. This has demonstrated the effectiveness of the Case Management and Recording Systems that came into effect at a time when Covid-19 pandemic has hit the work places globally.

The Court has also introduced e-filing system where litigants will be able to file their submissions electronically as provided in the new EACJ Rules of 2019. The Court is in the process of finalizing livestreaming of Court’s proceedings to allow access to justice to all Court users interested to follow the proceedings.

The President of the Court His Lordship Justice Dr Emmanuel Ugirashebuja, in his complimentary message, congratulated and commended the Court for their efforts that made the session a success. “It is now clear that in whatever emergency or pandemic the rule of law shall not be compromised as far as the role of the EACJ is concerned”.

His Worship Yufnalis Okubo, the Registrar of the Court also thanked everyone who went an extra mile to ensure the proceedings went on smoothly and on time without any hitch for the benefits of the Community.

Video conference proceedings of the Court are pursuant to Rule 132 & 133 of the East African Court of Justice Rules of Procedure and provides:

Rule 132 on Use of Technology provides that: The Court and Parties in every judicial proceeding should as much as is possible use technology to expedite proceedings and make them more efficient and effective. Such technology includes:

Rule 133 on electronic exchange of documents provides that: