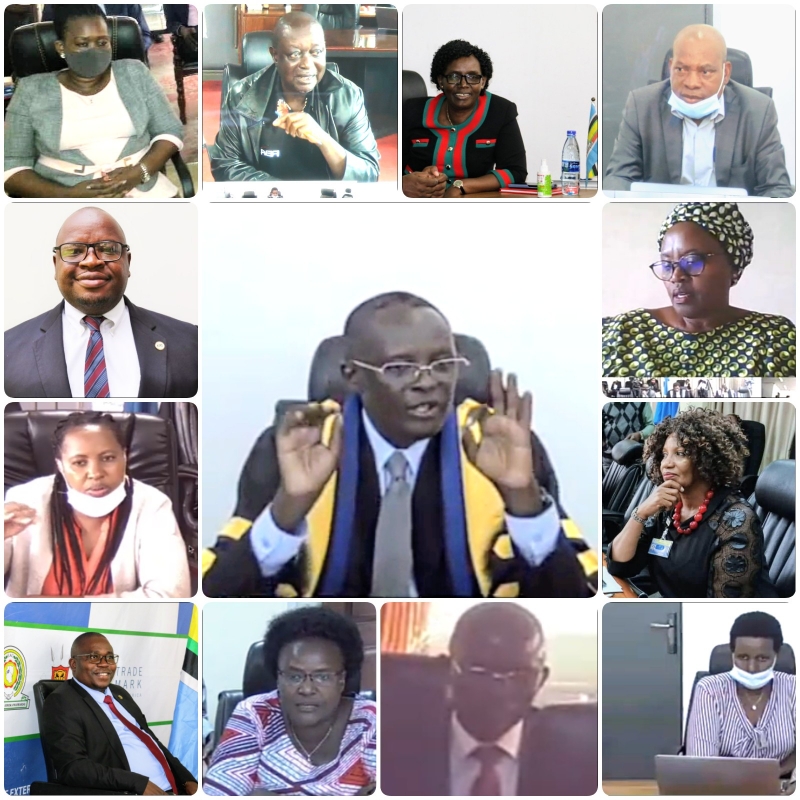 … legislators to serve for two and half years

East African Legislative Assembly, Arusha, June 24th2020: The East African Legislative Assembly (EALA) yesterday elected twelve Commissioners (two per Partner State) to serve the 4th Assembly for the balance of its life (of two and a half years). The elections held yesterday afternoon during the virtual sitting, saw the return of four unopposed Commissioners who served in the previous Commission (whose tenure ended on Friday, June 19th, 2020).

In the second round, Hon Dr Woda Jeremiah Odok was elected to the Commission getting 29 votes against Hon Kim Ruot, who got 23 votes.

Last week, each Partner State nominated Members for the election to the Commission in accordance with Rule 83(3) of the Rules of Procedure of the Assembly.   Earlier on yesterday, Chairperson of the Committee on Legal Rules and Privileges, Hon Ndangiza Fatuma moved a Motion under Section (3) (2) of the Administration of EALA Act, 2012, listing the nominations of Members on the floor to constitute the EALA Commission, country by country.

Prior to the elections, the Members from South Sudan and Uganda were each given three minutes to address the Assembly to justify their presence in the EALA Commission.

At the end of the exercise, Speaker of the Assembly, Rt Ngoga Martin declared the results after the Office of the Clerk had tallied the votes and transmitted the outcome to the Speaker.

Elections of Members of the Commission are held in accordance with Section 3(2) of the Administration of EALA Act, 2012.   The functions of the Commission include managing, organizing the business and programmes of the Assembly, as well as the nomination of Members to the Standing and other Committees of the House.   The Commission further recommends to the Council of Ministers, the appointment of the Clerk and other Officers of the Assembly. The Commission which is chaired by the Speaker, also causes to be prepared each Financial Year, the estimates of revenue expenditure for the Assembly for the next Financial Year.

ELECTED MEMBERS OF THE EALA COMMISSION AT A GLANCE

NOTE TO EDITORS ABOUT EALA

The East African Legislative Assembly has legislative functions as well as oversight of all East African Community matters.  The enactment of legislation of the Community is put in effect by means of Bills passed by the Assembly and assented to by the Heads of State, and every Bill that has been duly passed and assented to become an Act of the Community and takes precedent over similar legislations in the Partner States.  EALA has to date passed over 80 pieces of legislation.

Rule 83(3) of the Rules of Procedure of the Assembly: Nominations for Members of the Commission shall be forwarded the Clerk by Members.

Section (3) (2) of the Administration of EALA Act, 2012 states: The Commission shall be composed of the Speaker, the Chairperson of the Council who shall be an ex-officio member and two members of the Assembly from each Partner State, elected by the Assembly.