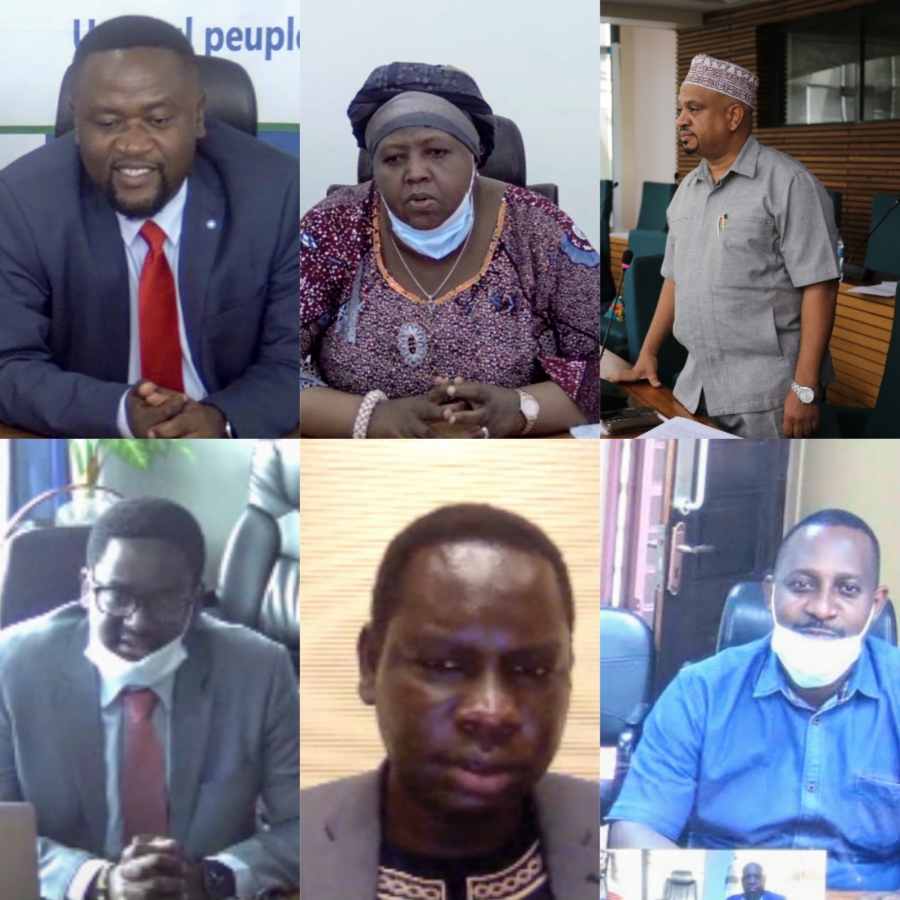 The elections which took place this afternoon via a virtual process, completes the transition of Members in to new Committees. The six Chairpersons elected today (and the new Committee Members who were elected last week), take their mandate on Saturday, August 1st, 2020, at the expiry of the current Committees (constituted on 30th, July 2018).

Of the 6 Committees, only the Committee on Accounts whose chair was reserved for Republic of Kenya, saw a contest between two candidates, Hon Kennedy Kalonzo Musyoka and Hon Abdikadir Aden, on the ballot.   Hon Kennedy Kalonzo Musyoka was elected after garnering 10 votes against 8 votes for Hon Aden. Other proposed candidates for five Standing Committees, were elected unopposed.

The elections, held under Rule 3 of the Rules of Procedure of the Assembly was done through electronic voting and presided over by the presiding officer (office of the Clerk).  Under the guidelines developed by EALA, where only one Member has been duly nominated, such Member shall be considered to be duly elected a chairperson unopposed. In event that more than one Member gets duly nominated to be elected as Chairperson, such Members shall be subjected to a vote.

The newly elected Chairpersons of the standing Committees of the House are:

The elections of the Chairpersons follow the recent nomination of Members to the various Standing Committees of the House. Each elected Member of the serves on two committees and membership is eighteen members, while quorum is at least half of the Members. Article 49(2) (e) of the Treaty provides that the Assembly may for purposes of carrying out its functions, establish any Committee or Committees for such purposes it deems necessary;

The functions of the Committee include examining, discussing and recommending to the House on all bills laid before the House, initiating bills within their respective mandate and examining policy matters affecting their subject areas.   The Standing Committees also carry out research in their respective mandate, assess activities of the Community and examine the Community’s recurrent and capital budget estimates.