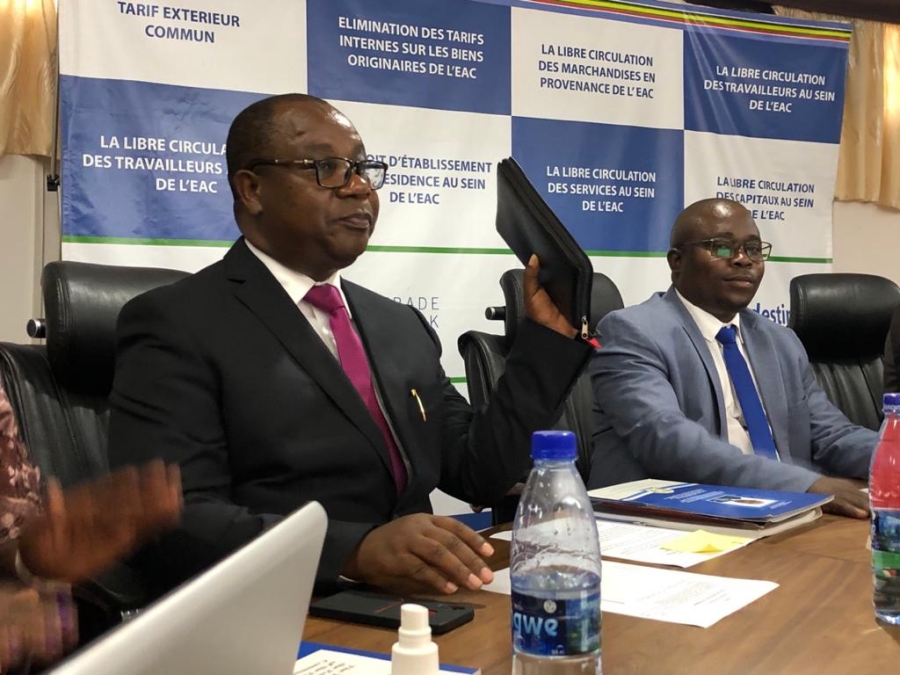 Hon Nibigira was sworn in to the House virtually before the Speaker and Members of EALA in line with the Rule 5 of the Rules and Procedures of the Assembly. The Rule 5(4) of the Rules of Procedure says in part that: “No Member can sit or participate in the proceedings of the House until the Oath or Affirmation of Allegiance to the Treaty is taken”.

Temporary EALA Speaker, Hon Rose Akol congratulated Hon Nibigira upon his swearing in – as he assumes his ex-officio role in the regional August House. Hon Akol said Hon Nibigira, was a seasoned politician/diplomat, who served Cabinet in various portfolio and said EALA was looking forward to working with him. “I welcome Hon Nibigira to the Assembly”, Hon Akol said.

Hon Nibigira has previously served in a number of portfolios in government and legislature in Burundi. He was previously Minister for Foreign Affairs in April 2018-July 2020. Prior to that Hon Amb Nibigira was Senior Economic Advisor of the Second Vice President. Hon Amb Nibigira who was a Member of Parliament, for a stint in 2015 and in 2010, also served as Burundi’s Ambassador to Kenya for two years (August 2021-2014). Hon Amb Nibigira, born in 1975 in Gishingano, Burundi holds a Master in Business Administration with a major in Finance and Accounting from the University of Liverpool and a Bachelor of Arts from Burundi’s Universite Espoir d’Afrique in the same field.   Hon Amb Nibigira is currently working on his doctoral dissertation.

In his maiden speech, Hon Amb Nibigira assured EALA of Republic of Burundi’s commitment to the integration process. “I am happy to participate in the session –I further commit to work with my colleagues as a team to enhance the agenda of the Community We will continue to share our experiences”, the Minister noted.