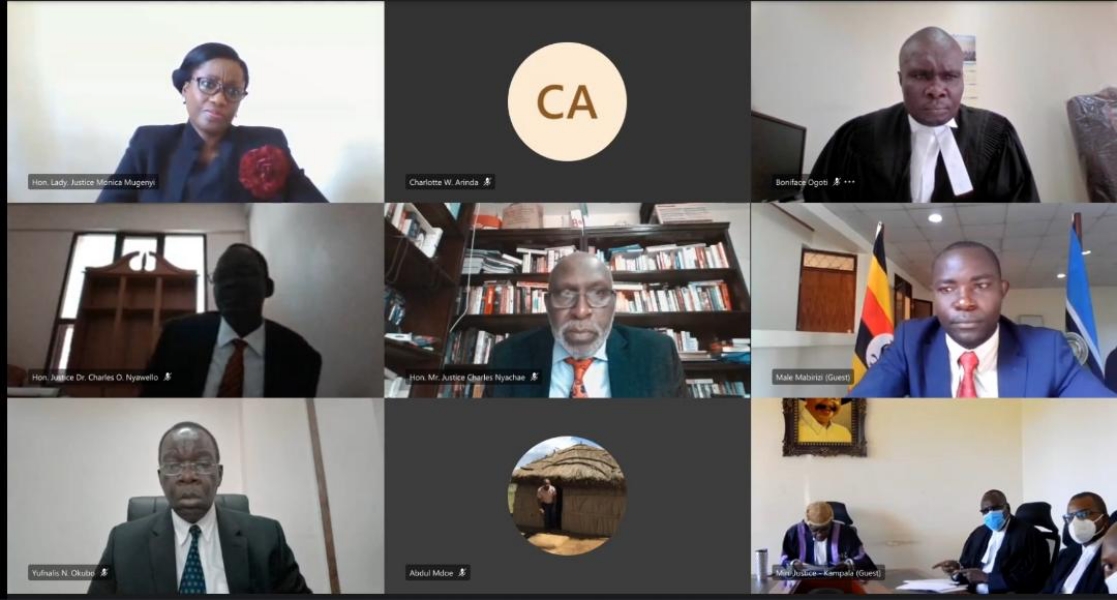 East African Court of Justice, 30th September 2020: The First Instance Division dismisses a case (Reference No. 6 of 2019 Male H Mabirizi Kiwanuka vs. The Attorney General of Uganda) challenging the government over the decision of the Supreme Court of Uganda that upheld the enactment of Constitutional (Amendment) Act No. 2 of 2018.

He contested the legality of a host of actions, directives and decisions of the Executive, Legislative and Judicial branches of the Government of the Republic of Uganda (‘the Respondent State’) for their role in the conceptualization, processing and validation of Uganda's Constitutional (Amendment) Act of 2018.

The East African Court of Justice has held that the process leading up to the enactment of the Constitutional Amendment was time barred having fallen prey to the two-month time limit prescribed in Article 30(2) of the Treaty, but found that the impugned Supreme Court decision to have been filed within time. Article 30(2) of the Treaty provides that; The proceedings provided for in this Article shall be instituted within two months of the enactment, publication, directive, decision or action complained of, or in the absence thereof, of the day in which it came to the knowledge of the complainant, as the case may be.

The Court further found that the impugned decision was not res judicata and that it had jurisdiction to interrogate the matter. In addition, that it is clothed with exclusive jurisdiction over the interpretation of the Treaty, the notion that the Applicant could have (but did not) raise the matters in contention in the Reference before the domestic courts in Uganda is untenable. Given that the said issues had never been conclusively adjudicated by the Court, the defence of res judicata is unsustainable and the challenge to the Supreme Court’s decision was adjudged to represent a live dispute. Thus, it being trite law that nation states can be held internationally responsible for the wrongful actions of their judicial organs, the interrogation of the impugned Supreme Court decision to determine its consistency with the Treaty is well within this Court’s jurisdiction.

The EACJ found no Treaty violation by the Supreme Court on account of judicial ethics or in terms of its judicial process and result, finally, the Reference was dismissed with costs to the Respondent.

Both parties were present in Court to receive the Judgement that is The Respondent the Attorney General of the Republic of Uganda, Hon William Byaruhanga accompanied by Francis Atoke Solicitor General and other Counsels, as well as the Applicant Male H Mabirizi appearing in person.