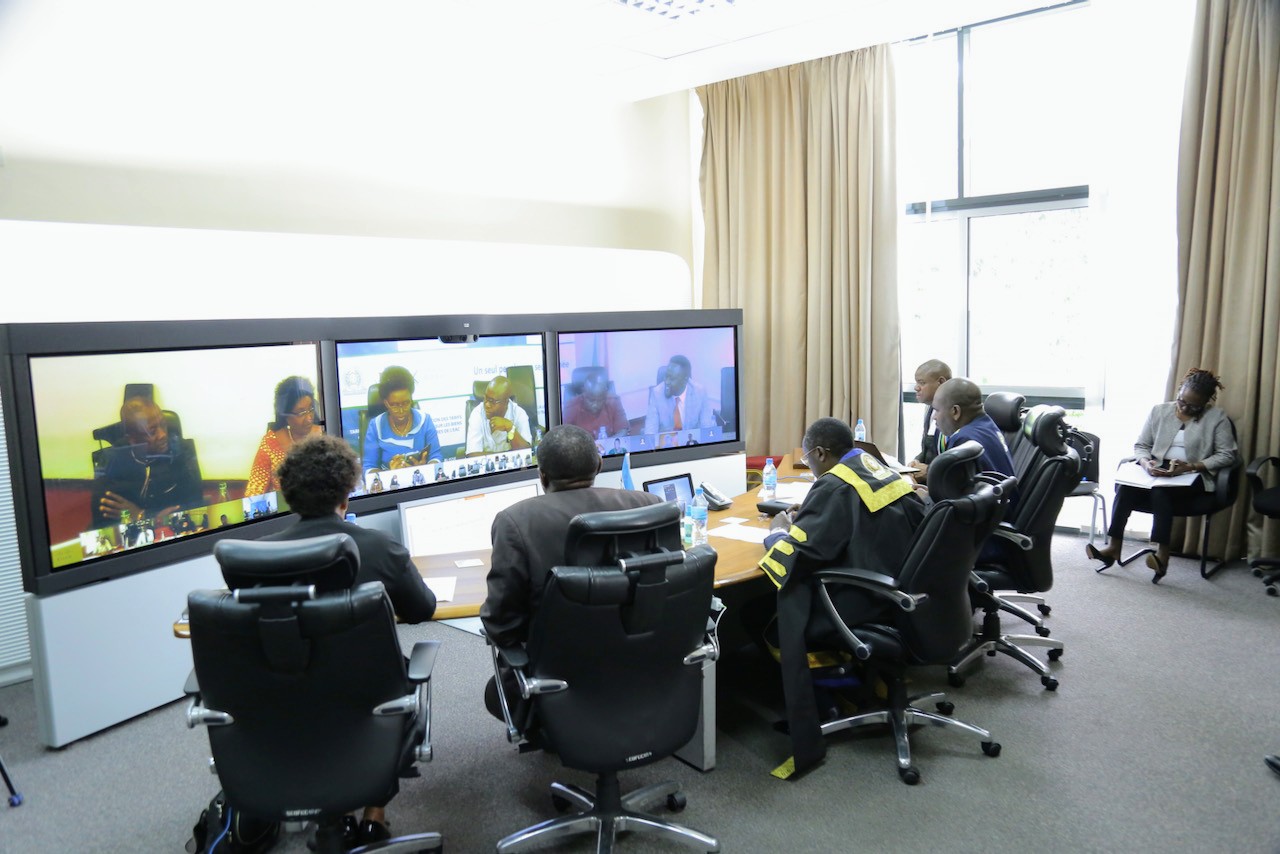 East African Legislative Assembly, Arusha, Tanzania: November 27th, 2020:The East African Legislative Assembly late yesterday enacted the Lake Victoria Basin Commission 2020, providing a legal framework for the Lake Victoria Basin Commission (LVBC) to be an institution and corporate body of the Community. Under the arrangement, the LVBC is now expected to be responsible for among other duties, the coordination of stakeholder participation in sustainable development of natural resources of the Lake Victoria basin, and harmonization of policies, laws, regulations and standards.

Prior to the enactment, a report of the Committee on Agriculture, Tourism and Natural Resources, revealed that despite Lake Victoria basin been a major resource and habitation for people of the Community, the Commission (Lake Victoria Basin Commission) was incapacitated by staff and resources and therefore, unable to effectively undertake its mandate.

The Committee further urged the Council of Ministers to direct the Partner States and the LVBC to establish joint surveillance for safety, security and rescue in the entire lake. In addition, the Commission ought to put in place more strategies to reduce accidents and deaths within the Lake Victoria, a section of the report stated.

The report read by Hon Josephine Lemoyan on behalf of the Chair of the Committee Hon Dr Abdulla Makame, follows an on-spot assessment of the activities of Lake Victoria Basin Commission undertaken on January 15-19th, 2020. The Committee undertook the activity by holding an interactive meeting with the management of the LVBC and visited two project sites; -the Kisat Waste water Treatment plant and the Kajulu hilltop Rehabilitation and Soil Conservation project.

The report laments of challenges and threats facing the Lake Victoria Basin which include unsustainable fisheries, fluctuating water levels and the erratic weather.  Hon Lemoyan further states that the invasive water hyacinth weed, over release of water from the lake and the abstraction from rivers (catchment rivers) is hampering the survival of the basin.

However, the Lake Victoria Basin Commission whose Executive Secretary is Dr Ali Said Matano, is credited with inter alia enactment of a regulatory framework for safety and security of transport in Lake Victoria, ensuring safety and security, installation of 86 aids to navigation equipment and support of citizens on the cross-border populations, that are vulnerable to health risk. Some funds have also been raised according to the report.

The Assembly further wants the Council of Ministers to direct the LVBC to embark on the process of harmonization of Partner States’ policies and laws appertaining to the Lake Victoria Basin. In so doing, the LVBC is expected to put more strategies in place to reduce accidents and deaths within the Lake basin.

“Partner States need to establish a mechanism to solve conflicts that occur in the Lake Victoria basin, especially the fishing areas like the Migingo Island;” the report said in part.

At debate time yesterday, Hon Abdikadir Aden supported the Bill saying the affairs of the LVBC would be handled more effectively if the Commission gets a legal framework.  On the issue of the blue ocean economy, Hon Aden reiterated the exploration of existing opportunities and further said harnessing fisheries could enhance livelihoods.

Hon Dr Anne Itto said the mandate of the LVBC was large, calling for capacity and resource issues to be enhanced.

Hon Ndangiza Fatuma termed the Bill as progressive and said the Institution was a key and strategic one.  “The lake has the potential to contribute to over 800M USD to the economy of the region.  The Bill will help the institution to empower the Lake Victoria basin commission to mobiise resources through direct mobilization of funds and entry in to contracts.  The Bill is timely and I urge the House and the Council to support the Bill”, Hon Ndangiza said.

Hon Mary Mugyenyi said the socio-economic problems at the Lake could be achieved by exploiting opportunities and reducing hazards by having an effective body.

Hon Eng Mohammed Mnyaa observed that many transboundary water sources in East Africa lacked an institutional framework(s) and said it may be necessary for the Bill to be amended to include other water bodies.

Chair of Council of Ministers said the Bill was crucial and assured the House of the support of the Council of Ministers. The bill is anchored on Article 112 of the Treaty for the Establishment of the EAC and on the protocol of the LVBC.  The Minister said amendments in future could be done when and as is necessary.

The East African Legislative Assembly has legislative functions as well as oversight of all East African Community matters.  The enactment of legislation of the Community is put in effect by means of Bills passed by the Assembly and assented to by the Heads of State, and every Bill that has been duly passed and assented to become an Act of the Community and takes precedent over similar legislations in the Partner States.  EALA has to date passed over 80 pieces of legislation.