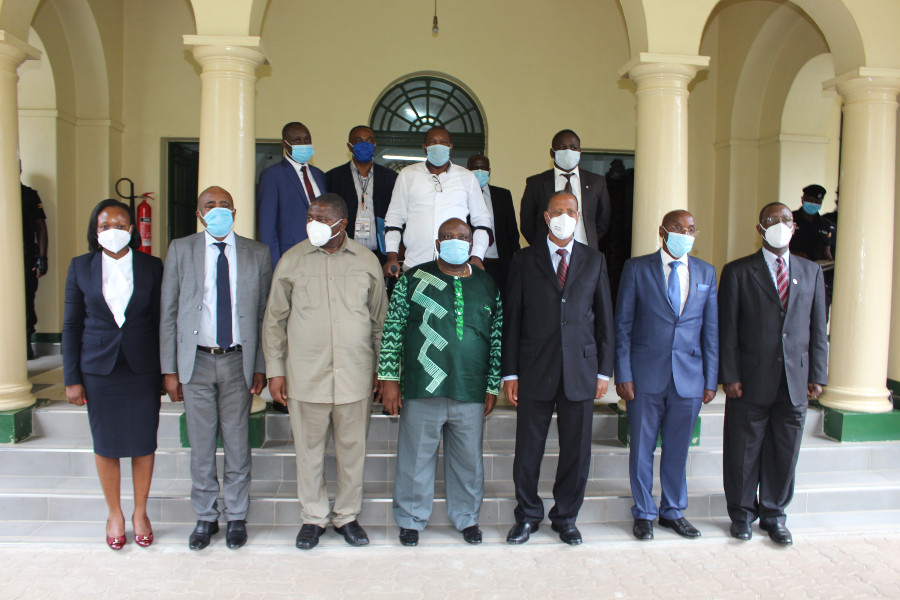 Uganda Judiciary says it is ready to handle election disputes

East African Community Headquarters, Arusha, Tanzania, 12th January, 2021: The Judiciary in Uganda says that is ready to handle all election disputes that will emerge from the Presidential and Parliamentary elections that will be held on 14th January, 2021.

The DCJ said that among those who had undergone specialized training were judges of the Supreme Court and the High Court, Registrars of all courts and magistrates, adding that the training had also attracted lawyers from the Electoral Commission of Uganda and the Uganda Law Society. However, still pending is the training of judges of the Court of Appeal.

The DCJ further said that presidential election petitions have to be filed with the Supreme Court within 15 days of gazettement of results by the Electoral Commission and disposed of within 60 days.

For parliamentary elections, petitions have to be filed in the High Court within 30 days after the Electoral Commission gazettes election results with appeals by dissatisfied parties being taken to the Court of Appeal.

Justice Butera further gave assurances that the Judiciary would listen to all parties involved in election disputes.

Justice Butera urged lawyers to prepare their cases dutifully, adding that all cases shall be determined in a professional manner as per the existing laws governing elections in the country.

“The Judiciary plays a critical role at the end of the election cycle. It basically assesses what happened at the beginning of the election period including registration of voters, voter education, nominations by political parties, actual voting and counting of ballots all of which affect the election process,” said Justice Butera.

The DCJ said that the entire election cycle was governed by laws including the Local Government Act, Electoral Commission Act, Presidential Elections Act, Parliamentary Elections Act and the Constitution, adding that public health regulations had also been introduced to contain the Covid-19 pandemic.

He disclosed that so far various cases have been filed with courts mainly disputes arising from political parties’ primaries noting that candidates who felt aggrieved by their political parties had sought judicial review from the courts.

The DCJ said that the other cases filed arose from cases challenging the decisions of the Electoral Commission on the qualifications or eligibility of election candidates.

Justice Butera made the remarks when he hosted the East African Community Election Observer Mission (EAC-EOM) to the 2021 Uganda General Election at the High Court premises in Kampala.

The Head of the Mission, H.E. Domitien Ndayizeye, who is also a former president of the Republic of Burundi, led the EAC team.

H.E. Ndayizeye informed the DCJ that the EAC-EOM was in Uganda at the invitation of the Electoral Commission of Uganda, adding that the mission would observe the presidential and parliamentary elections.

“EAC believes that regional observation can play a critically important role that would enhance the credibility of the elections, reinforce the work of domestic observer groups and increase public confidence in the entire electoral process,” he added.

“The mission is in line with Article 3 (3) of the Treaty for Establishment of the EAC, which requires Partner States to adhere to the universally acceptable principles of good governance, human rights and social justice,” he said.

H.E. Ndayizeye said that in its assessment of the electoral process, the mission would be guided by the democratic principles and values outlined in the African Charter for Democracy, Elections and Governance, and the EAC Principles for Election Observation and Evaluation.

Accompanying the Head of Mission to the meeting with the DCJ were the EAC Deputy Secretary General in charge of Planning and Infrastructure, Eng. Steven Mlote and the Mission Coordinator, Mr. Charles Njoroge.

With the DCJ at the meeting were the Principal Judge Justice Flavian Zeija, the Permanent Secretary to the Judiciary, Mr. Pius Bigirimana, and the Chief Registrar, Her Worship Sarah Langa Siu.