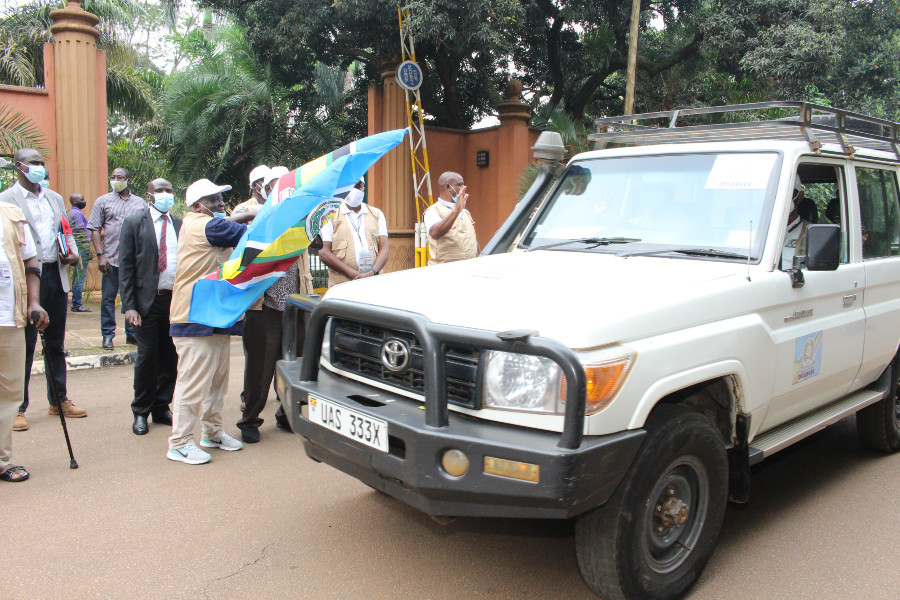 Flagging off the observers, EAC-EOM Head of Mission H.E. Domitien Ndayizeye, said that to ensure objectivity and impartiality, the observers had been drawn from all the EAC Partner States except the Republic of Uganda which is going to election on 14th January, 2021.

“The mission is in line with Article 3 (3) of the Treaty for Establishment of the EAC, which requires Partner States to adhere to the universally acceptable principles of good governance, human rights and social justice,” said the former President of Burundi.

H.E. Ndayizeye said that in its assessment of the electoral process, the EAC-EOM would be guided by the democratic principles and values outlined in the African Charter for Democracy, Elections and Governance, and the EAC Principles for Election Observation and Evaluation.

“I want to thank the people of Uganda for by and large conducting themselves with maturity during the election campaigns period,” said the Head of Mission, and urged Ugandans to uphold dignity and peace even on Election Day.

He urged all political actors to avoid incitement and acts of provocation so as to ensure that the election was peaceful and ended amicably.

“I further call upon the media in Uganda to exercise social responsibility by reporting objectively on the election and to avoid rumours and misinformation that could undermine the entire election process,” he said.

“A transparent and peaceful election will be a plus not just for Uganda but for the entire EAC region as a whole. The sovereign will of the people expressed through a democratic process is a guarantee for peace, stability and economic growth,” said H.E. Ndayizeye.

He said that experience had shown that democratic gains were often incremental in nature and that patience and tolerance among political actors and the citizenry yields increased democratic space in the long run.

With the Head of Mission at the flagging off ceremony were the Deputy Head of Mission, Hon. Dr. Oburu Oginga, Member of the East African Legislative Assembly, and the Mission Coordinator, Mr. Charles Njoroge.