China gifts EAC 12 cars worth US$400,000 for capacity building programmes

Making the announcement, Mr. Liang Lin, the Political Counselor at the Chinese Embassy in Dar es Salaam, Tanzania, said that China was keen on working with the EAC in, among other fields, education, infrastructure development, trade, prevention of Ebola, peace and security, and capacity building initiatives. 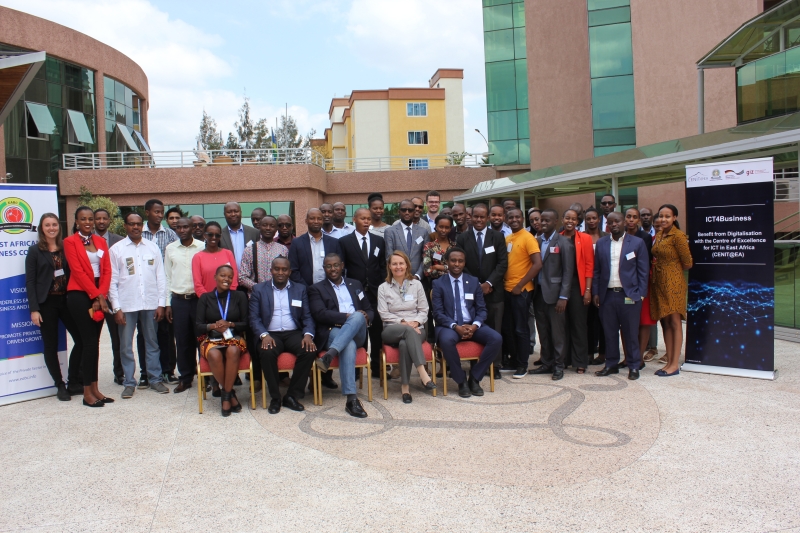 The Centre of Excellence for Information and Communication Technology in East Africa (CENIT@EA) organized the event ICT4Business on 18 July in Kigali, Rwanda. Around 40 participants from the private and public sector discussed their needs and requirements for digitalisation and how CENIT@EA can provide relevant skills, capacities and know-how to the private and public sector to enable them to reap benefits from the digital transformation.

In his opening remarks, Mr Karera, Chairman of the East African Business Council (EABC), emphasized the need for the industry to digitalise and use Information and Communication Technologies (ICT) in their business processes. The Principal Information Technology Officer of the East African Community (EAC), Mr Murenzi, pointed out that digital transformation is a priority of the EAC’s 5th Development Strategy. The Senior Systems Officer of the Inter-University Council for East Africa (IUCEA), Mr Ruhinda, added that CENIT@EA is a very important regional initiative providing skills and know-how for the success of the digital transformation. Ms Focken, Cluster Coordinator for EAC, pointed out in her opening remarks that a continuous exchange between industry and academia is crucial for developing needed skills and support the use of technology and innovation in East Africa.

The EAC Heads of State Joint Retreat on Infrastructure and Health Financing and Development held in Kampala, Uganda on 22nd February, 2018, approved a set of 286 priority infrastructure projects in various sectors for joint promotion and coordinated implementation by the Partner States. 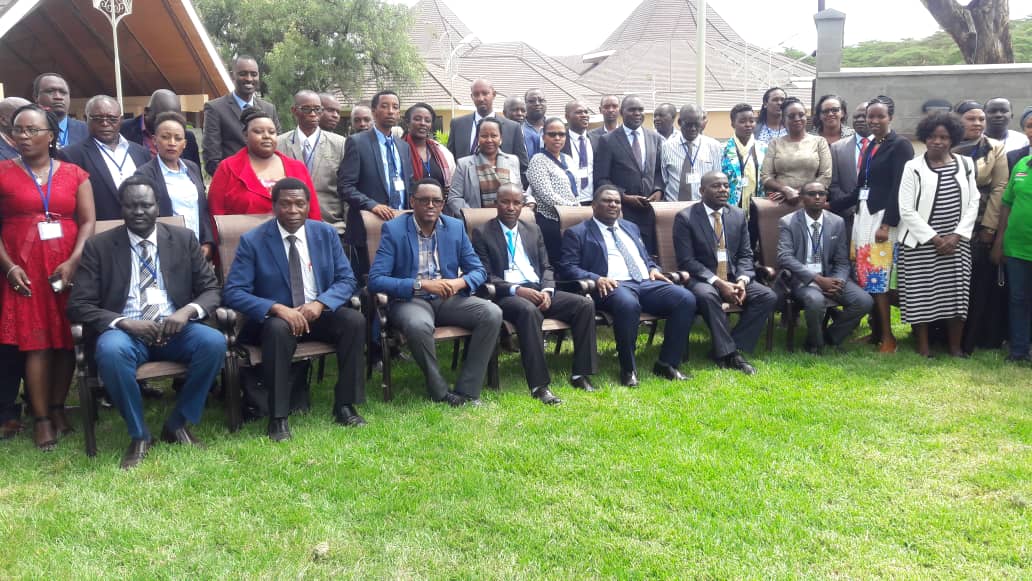 The EAC Consultative meeting on facilitation of Air Transport is a forum for discussion on issues that affect Air Transport in the region in order to comply with Annex 9 (Air Transport Facilitation) and Annex 17 (Aviation Security) of the Chicago Convention on International Civil Aviation. The meeting refers to the ICAO international standards and recommended practices and proposes appropriate recommendations to be implemented by the Partner States at the various EAC international Airports.  It is hosted by EAC Partner States, twice a year on rotational basis. Mr. Gabriel Negatu, the Director General of AfDB’s Eastern Africa Regional Hub, disclosed that the Bank’s board had approved US$322 million to Burundi and Tanzania to finance the Rumonge-Gitaz and Kabingo-Kasulu-Manyovu road-upgrading project.

The AfDB official said that the bank was highly encouraged by the benefits of some of the infrastructure projects it had undertaken and cited the Athi River-Namanga-Arusha road, which had reduced from one day to four hours the journey from Nairobi to Arusha.

Mr. Negatu was speaking during the commissioning of the Namanga OSBP by the Tanzanian President Dr. John Pombe Joseph Magufuli and his Kenyan counterpart Uhuru Kenyatta. Mr. Negatu said the construction and operationalization of OSBPs was in line with the Bank’s integrated approach to infrastructure development.

“This approach entails mainstreaming ‘soft’ components, such as trade facilitation measures in physical infrastructure projects to enhance their efficiency and developmental outcomes. In this context, the Bank availed US$8 million for the construction of the Namanga OSBP on the Kenyan side of the border,” he said, adding that the OSBP on the Tanzanian side had been built with funding from the Japanese government through the Japan International Cooperation Agency (JICA).

The AfDB official disclosed that the Namanga OSBP was part and parcel of the Arusha-Namanga-Athi River road construction project which was carried out with funding of approximately US$147 million comprising US$79 million from AfDB, US$49 million from the Japan Bank for International Cooperation (JBIC) and about US$8 million from the governments of Kenya and Tanzania.

In his remarks, EAC Secretary General Amb. Liberat Mfumukeko said that the Namanga OSBP was born out of an agreement between Tanzania and Kenya to upgrade the facilities at the border post in order to facilitate free trade through the efficient movement of goods and people across the border.

“The construction of the Namanga OSBP was part of the completed works for the Arusha-Namanga-Athi River road. The project on both sides was virtually completed end of 2016 with piloting phase taking about one year,” said Amb. Mfumukeko.

Amb. Mfumukeko thanked AfDB and JICA for financial support that had enabled EAC to develop and implement soft infrastructure at the OSBP including interconnectivity, training materials and enabling laws which comprise: The East African OSBPs Act, 2016; The East African OSBPs Regulations, 2017, and; The EAC OSBPs Procedures Manual.

The Secretary General said that research had confirmed that in addition to enhancing Government revenue collections, the OSBPs had considerably reduced the overall dwell times across the EAC borders by between 50% and 70%.