South Sudan is the newest member of the East African Community, it is also referred to as the youngest nation in Africa after gaining independence on 9 July 2011.

South Sudan is bordered by Sudan to the north, Ethiopia to the east, Kenya to the southeast, Uganda to the south, the Democratic Republic of the Congo to the southwest, and the Central African Republic to the west. It includes the vast swamp region of the Sudd, formed by the White Nile and known locally as the Bahr al Jabal.

English is the official languages; while Arabic (of Juba and Sudanese variants) and other languages such as Dinka, Nuer, Bari, Zande, Shilluk are widely spoken.

Religious festivals whose dates vary from year to year include Good Friday, Eid al-Fitr (End of Ramadan) and Eid al-Adha.

The busiest and most developed airport in South Sudan is Juba Airport. Other international airports include Malakal, Wau, and Rumbe.

South Sudan is a United Nations member state, a member state of the African Union and of the Intergovernmental Authority on Development. In July 2012, South Sudan signed the Geneva Conventions. South Sudan has also applied to join the Commonwealth of Nations, considering that it was part of the British Empire, and has 2 Commonwealth Republics, Kenya and Uganda as neighbouring states.

The Imatong Mountains are located in the southeast of South Sudan in the erstwhile state of Eastern Equatoria, and extend into Uganda. Mount Kinyeti is the highest mountain of the range at 3,187 metres and the highest in the whole of South Sudan. The range has an equatorial climate and has dense forests supporting diverse wildlife.
The Sudd is a vast swamp in South Sudan, formed by the White Nile, comprising more than 15% of the country's total area; it is one of the world's largest wetlands.

The most significant environmental issue is soil erosion as a result of overgrazing and the expansion of agriculture into marginal lands as well as deforestation due to little forested land remains because of uncontrolled cutting of trees for fuel. In addition, habitat loss threatens wildlife populations. 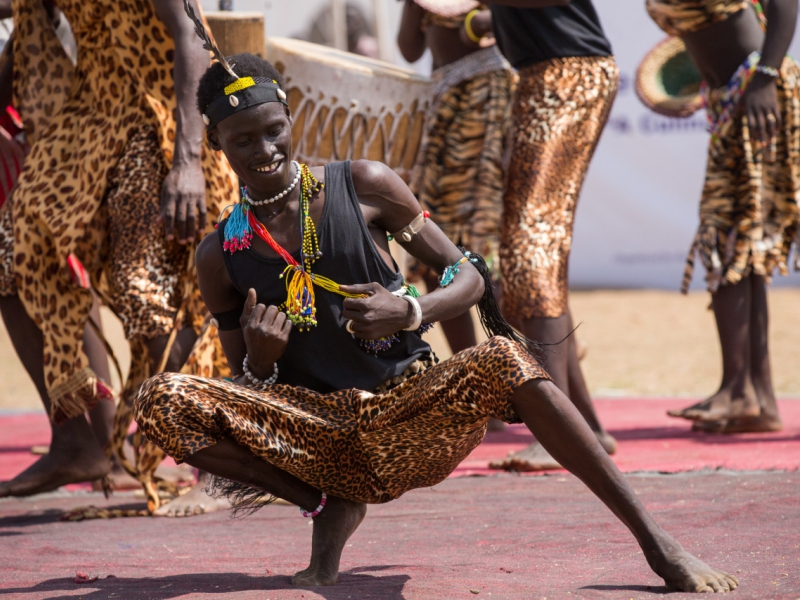