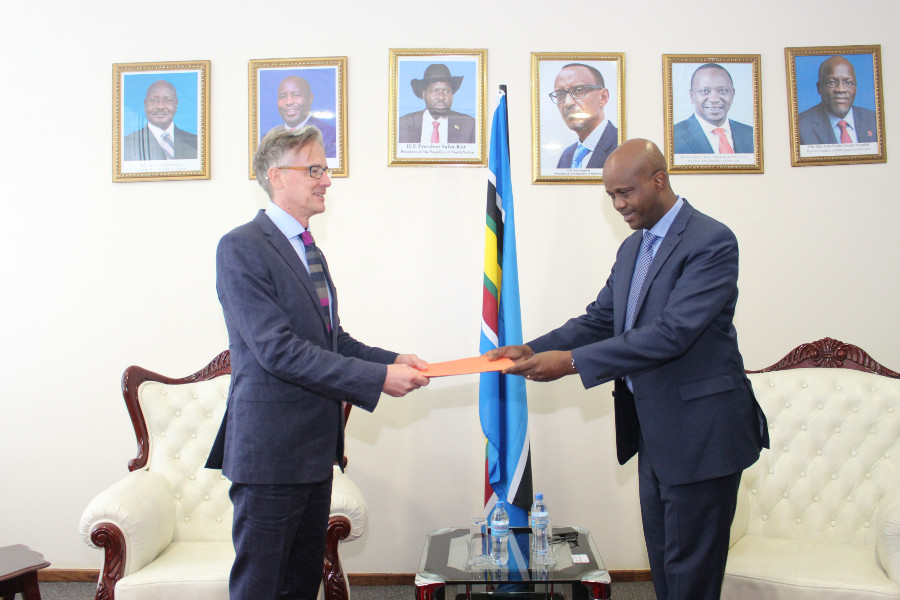 Speaking with the British High Commissioner, Amb.  Mfumukeko hailed the strong relations existing between the EAC and Britain and commended the British government for its dedicated support to the EAC integration process. Addressing the Secretary General, Amb Gada said he was proud to see the positive developments taking place in the regional integration agenda. He lauded the progress registered by the Community since its revival, saying it was an inspiration for the other Regional Economic Communities on the African continent. EAC mulls adopting French as an official language of the Community

…..as EAC and Government of the French Republic sign MoU

This became apparent after the French government agreed to assist the EAC in conducting a study on the modalities to include French as an official language of the Community. Personal Representative of the German Chancellor for Africa visits EAC

The two leaders discussed development cooperation between the Federal Republic of Germany and the EAC on matters relating to regional economic integration, with particular focus on Health and Agriculture, as well as Customs and Trade sectors.

The High Commissioner presented his letter of credence to EAC Secretary General, Amb. Liberat Mfumukeko, during a ceremony held at the EAC headquarters in Arusha, Tanzania.